I must admit that after the rainy crafts fair last month, I have been in somewhat of a slump.  No reason! Well, maybe so…..  I have had a few things to cause me melancholy.  A few mishaps, perhaps!

After going to the Renaissance Center April 3rd, I woke up the next morning feeling very good.  I felt like I was in the running!  Felt like I could conquer the world.

Went outside at 6:30 to leave for school, as I do every morning.  Walked to the car with a hand full of things to take with me.  Opened the door, placed all my things in the passenger seat, and turned the key.   NOTHING!, no motor revving, no click, no cough, NOTHING!

To make a long story short, after having the car towed to mechanic and spending 7 days without a car.  ( If you have a company called Lyft in your town, USE THEM!  It was so great being driven around for relatively little, by a nice personable person-several nice people)  Any hoot, it cost an arm and a leg!  They kept my car so long, I should have charged rent!  Wonder how mechanic’s would like that?

A couple of days into my car less condition I received a message saying my niece’s son had been rushed to a hospital in Chattanooga, TN.  He then went to Scottish Rite in Atlanta, then was admitted into Egleston Hospital Childrens Hospital, associated with Emory University in Atlanta.  This sweet precious kid is only 3 years old.  Cutest thing in the world!  The day I met him for the first time, I fell in love!  You can’t help but fall in love with this little boy.   They don’t live in the same town, and I don’t have a car, so going to be with my sister or niece, OUT OF THE QUESTION!

I declared to myself that I would not allow myself to be in this slumpish state.  I needed my art more than ever.  A little creativity and I would feel so much better.  It would help me put things in prospective, encourage my determination….           Sounds good doesn’t it?  Ha!

There is a little clutch purse that I started quite a while back.  It needed a little bit of  touch up, and I hadn’t been available to complete it while preparing for  Spring Spectacular in March.

I decided that since I couldn’t think of anything else creative to do, I would finish the purse. 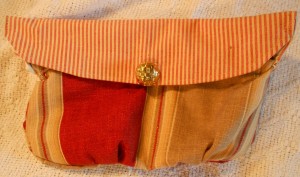 I had a man that I date come to pick me up at school the day I had to go pay for the repairs.  We then went to grab a pizza and then go back to my place to see a movie.

During the evening, I got up to go into the kitchen and get some drinks.  Ron said, “Becky, have you had those pants on all day?”  I said, “Yes, why?”

Ron said, ” There is a real big hole on your bottom.”  Then, of course he tried to hold back a laugh, but couldn’t.  I, on the other hand screamed!  OMG!  How long could I have walked around, School….. Town….. ( Oh, we stopped by Kroger too!)  then went into a restaurant, were there for over an hour.  I wonder how many people I helped to laugh that night!

I asked Lisa if she had noticed the hole in my pants, and of course her eye’s got real big and she exclaimed, “No, of course not.  If I had noticed, I would have said something.”

It was at this exact moment that I was hit with this idea…. “Damn!”  What a great idea, I thought.  What is the old saying.  When life gives you lemon’s, you make lemonade! 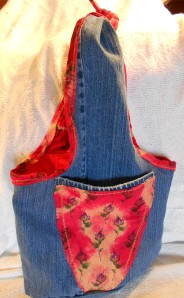 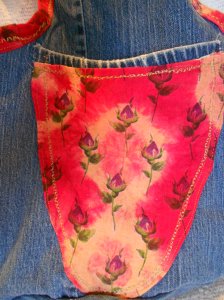 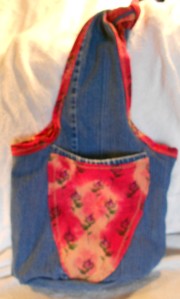 I tie dyed this material myself.  I can’t sell either of these purses, don’t think they are of that quality.  But, it did help to stretch my horizons and get me out of my funk!

I do have other purses for sale in my Etsy Shop http://www.etsy.com/shop/allbeckyscreations

The Renaissance Center in Dickson, TN

I had an appointment with the curator at the Renaissance Center in Dickson, TN Monday after work.  Well, 4:30 to be precise.

From the moment I got on the highway I kept seeing messages on the signs across the highway saying 40 west was closed at mile marker 182.  I just kept driving down the highway.

Since I have lived in Nashville for over 20 years, I know how to get to Dickson, TN the old fashion way on county roads.  Did I get off the highway and take any of them.  Well, I thought about it, but just kept on driving for fear I would be late.

I got 23 miles down the road to Kingston Spring, TN and saw traffic up ahead.  Did I pull off and get on any of those county roads.  Hell NO!  ?

I just decided that I wanted to get behind all those cars and wait forever.  I just stopped, then almost immediately drove .001 miles up the road and stopped again.  Do I need to tell you how bad I hate semi’s.  Oh my god, I’m in my little Mini Cooper and I spent most of my time trying to stay away from the semi’s, and that is not easy in interstate traffic.

I did call and explain my predicament, so that was cool.  The curator was very understanding and kept telling me to just be careful.  As a semi came up from no where behind me.  If you get in the left lane the right lane goes faster, if you move to the right lane, the left picks up.  Ugh!  Turns out that a tanker truck, (semi) was involved in an accident and caught on fire. I remember when I was in insurance we called the drivers of oil tankers Suicide Drivers.  Why not haul ice cream?  Beer?  Cokes…. I mean really!  Or, oh, oh,  haul chocolate.  That’s the ticket!  Chocolate ice cream.  Ha!  I could get into that!

I got there at 6pm.  Ugh!  Lisa, the curator was there with a smile on her face waiting. Such a warm and personable lady.

I showed her several framed drawings that I took with me.  She took 3 of them to sale in the market!  YAY!!!

Before I left I forgot that I had several drawings that had not been framed in my portfolio.  I showed these to Lisa as well and she asked that I get three more framed and call her.  She wanted to put those in the market as well.  Ha!

All of a sudden, it didn’t matter what time it was, how long I had sat on the highway.  I didn’t matter that I hadn’t gotten on a country road…. nothing mattered except for the absolute thrilling feeling of satisfaction and excitement. 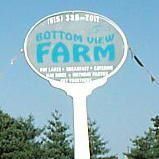 Last weekend as many know, was the Spring Spectacular Arts/Crafts fair in Portland, TN..

It rained all day Saturday!

It was also very cold!

I did have a blast however!  I met a lot of very great people, I had a lesson in what to do and what not to do.  I had a great deal of positive feedback.  And, I came home with many good idea’s for my next fair in June.

So, even though I had 2 jackets on, I went squish in the mud every time I left the building.  The cafeteria ran out of Hot Chocolate real early and none of the stalls in the ladies restroom had locks on the doors, I had a very good time.

Amazing how much one can cram into a Mini Cooper.  Of course you can’t see out the back, but hey….. I still had my side view mirrors.

A very good friend of mine, who came to help, sitting behind my table at the booth.

Come view the world from my loft

Fun, unusual and forgotten designations on our calendar.

with a Crafty Flair!

I write to give birth to love.

A Family's Journey Through Pediatric Neurosurgery

This WordPress.com site is the bee's knees

Come view the world from my loft

Fun, unusual and forgotten designations on our calendar.

with a Crafty Flair!

I write to give birth to love.

A Family's Journey Through Pediatric Neurosurgery

This WordPress.com site is the bee's knees

Green and Healthy for your dog and family, Dog training advice

The Confessions of a Paint and Paper Addict

Photographs from my world.

Living Another Way Of Life For My Kids!
valeriu dg barbu